The 3a.m. alarm came way too early and the drive to the shop to meet with the other anglers in the group was made in a caffeine fueled haze.  The guys were already there eagerly awaiting the shuttle bus with their gear piled on the sidewalk in front of the shop.  This trip to Cedros Island with Cedros Outdoor Adventures had been eagerly awaited by the whole crew and we were finally going to get a chance to tangle with Yellowtail  on the fly rod.  Cedros is justly famous amongst conventional anglers for it’s superb Yellowtail and Calico Bass fishing but up until now has not been a popular fly rodding destination.   We hoped to change that. 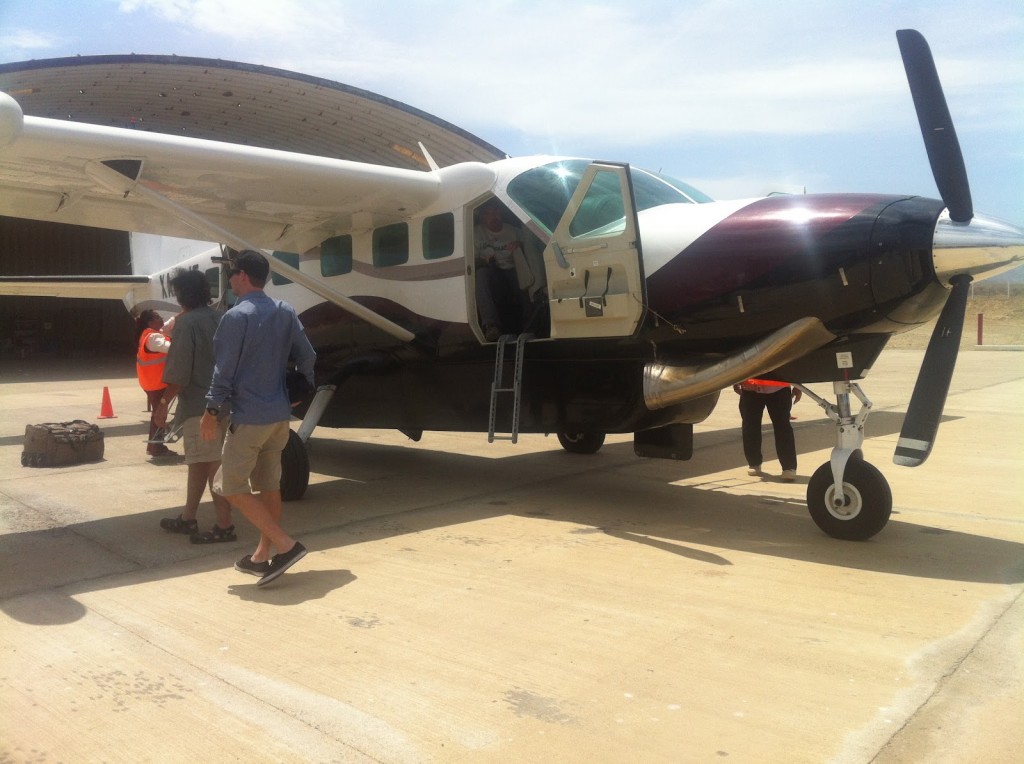 The shuttle was late but, since there was no traffic on the 405, the trip to San Ysidro was a breeze and we met our second shuttle and transferred the gear to continue the trip through the border to Ensenada where we would board a charter flight to the island.

Our first indication that all was not as hoped on the weather front was at the airport in Ensenada when we ran into a group on their way back who told us that it had been windy with dirty water and Yellowtail feeding very deep and not breezing on the surface.  Not what we wanted to hear. 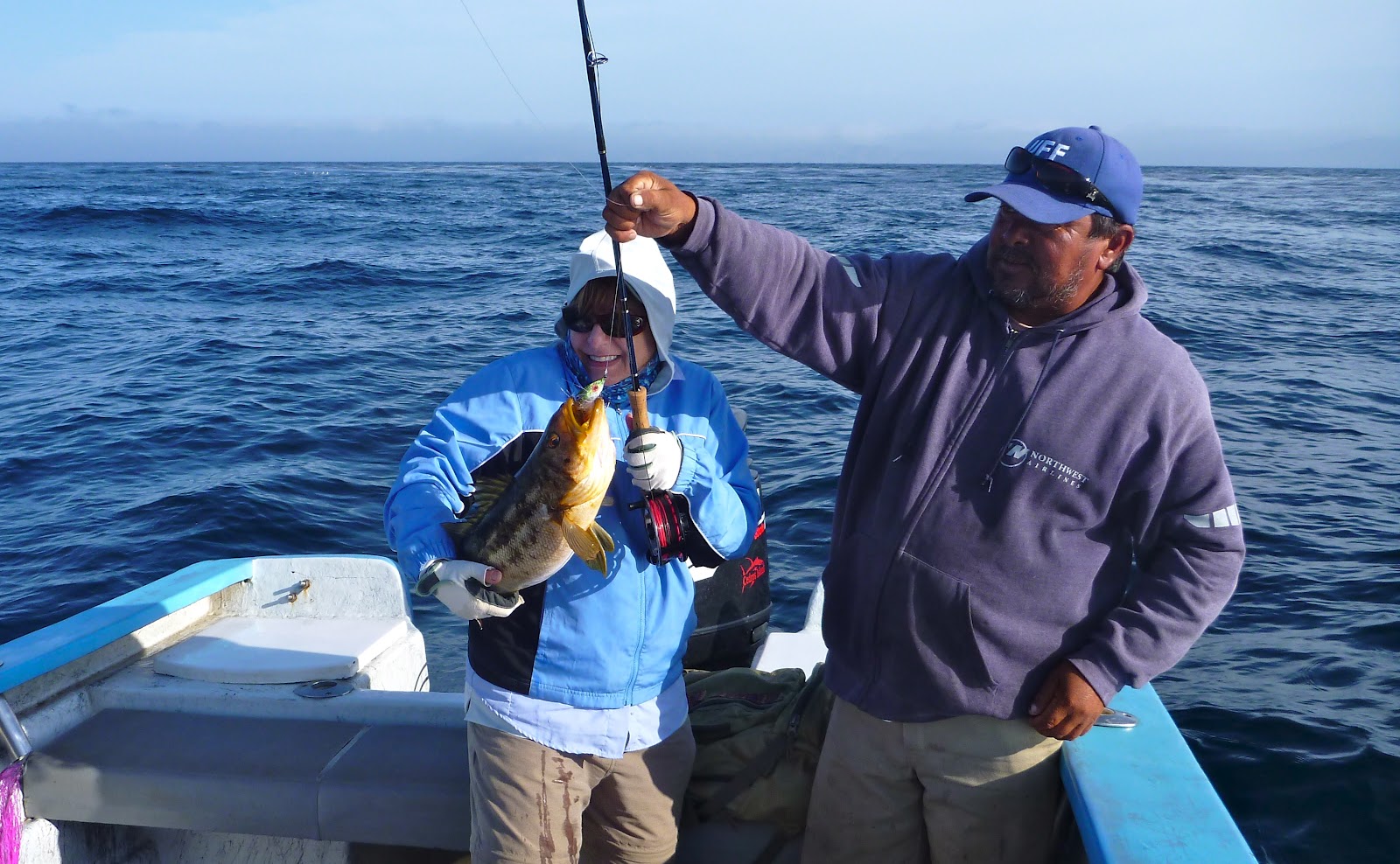 Jose Angel, our host, informed us on arrival that the Yellowtail were not on the surface, as was usual at this point in the season, but were being found around 100’-200’ deep.  Trying to get a fly down 100’ is no easy task but some of us were prepared with plan B, conventional rods and 6oz jigs to get down to where the fish were feeding. The first two days were tough fly rodding for the Yellows as they were still feeding 100+ feet down and with heavy current going West and the wind blowing from the East we found it impossible to get a fly in front of them.  I did hook one in about twenty feet of water on a 12wt but it charged into the kelp and wrapped me and came off.

We moved to another area and switched to targeting Calico Bass and had a blast hooking and releasing fish in the 3-8lb class.  On the second day most of the group switched to conventional rigs to fish the Yellows and spent mid morning to late in the afternoon pulling on Calicos with the fly rods. 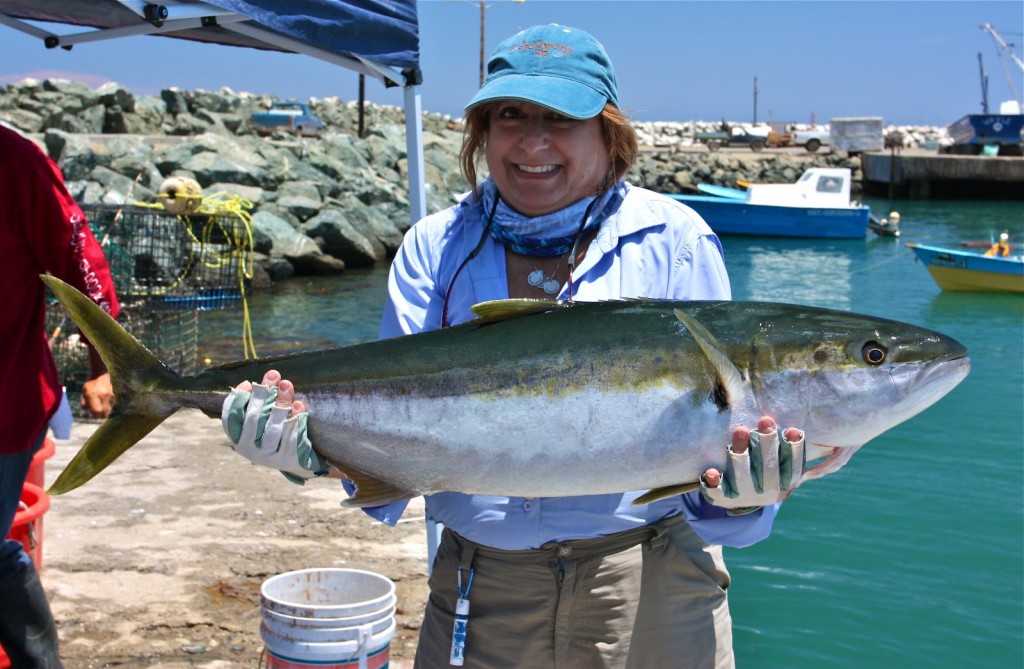 Day 3 began with a similar scenario but, the pangeros received a call on the marine radio from some commercial abalone divers that there were Yellows near the surface in another location close by.  We ran over there and soon found some smaller 8-12 lb yellows breezing around. Game on! 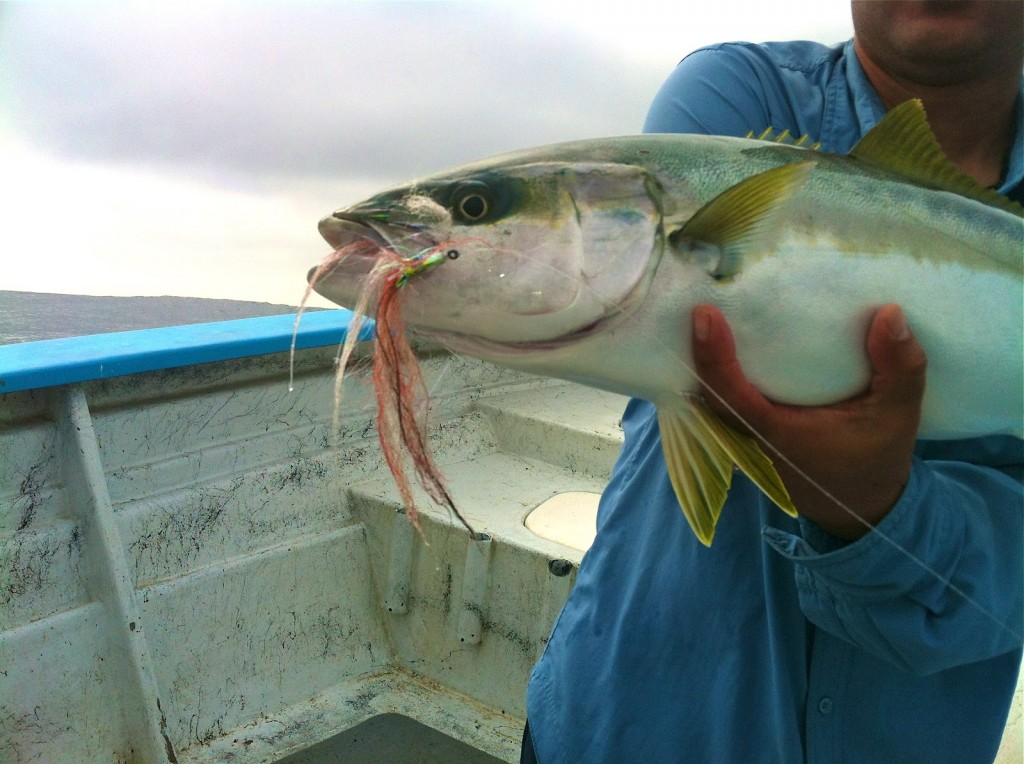 Soon, all of our pangas had anglers fighting fish on the fly.  Although most of these were smaller firecracker yellows there were much bigger fish mixed in.  12 wts were the order of the day and anyone fishing a 10 wt risked losing a big fish to the structure. 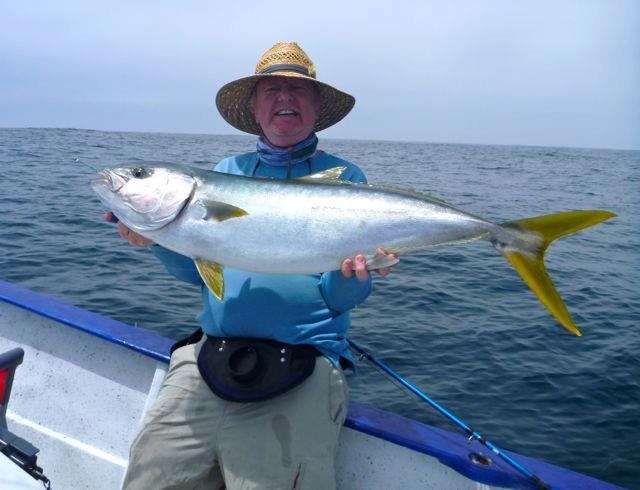 Fish to 25 lbs were landed and many bigger fish lost to the kelp.  One of our guys, who is an experienced saltwater angler, was on a huge Yellow for 1.5 hours on a 10 wt only to have the fly line break and lose it.  Mixed in with the yellows where Calicos, big Barracuda, Pacific Whitefish and, believe it or not, a Sunfish.  Anyone ever hear of one of these being caught on a fly? 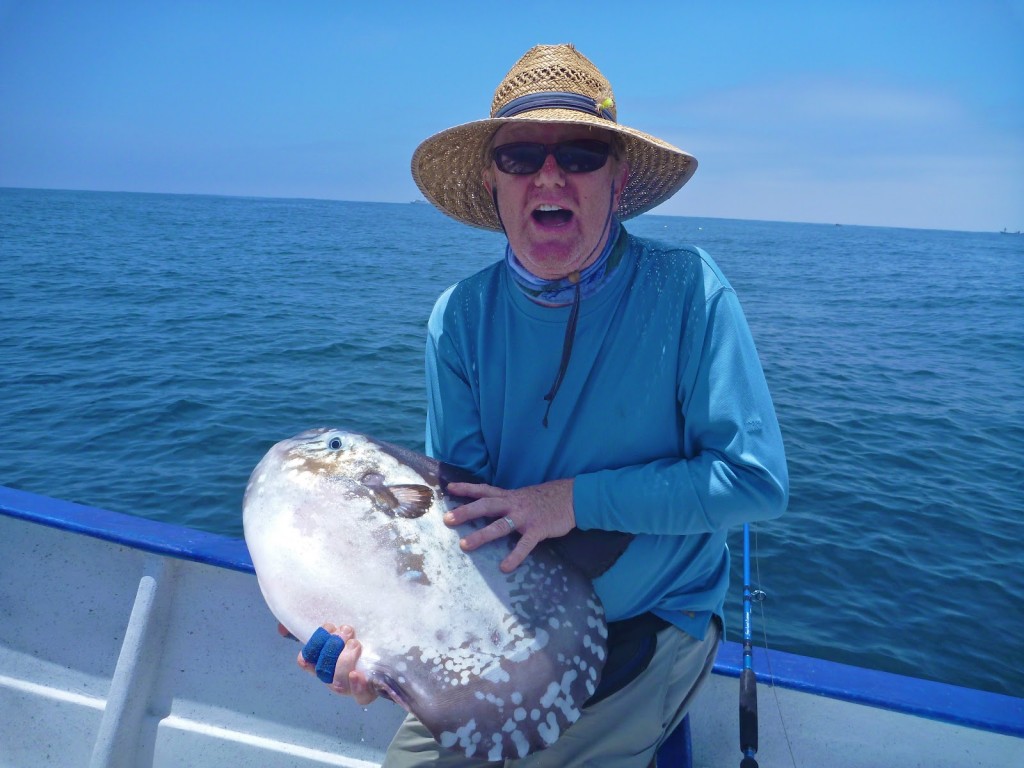 All in all we hooked 8 species of fish and learned a great deal about this awesome fishery that will help out future groups of fly rodders targeting these tough gamefish.  Using flies that mimicked anchovies, sardines and squid was the most productive but mackerel and lizard fish imitations also worked from time to time. 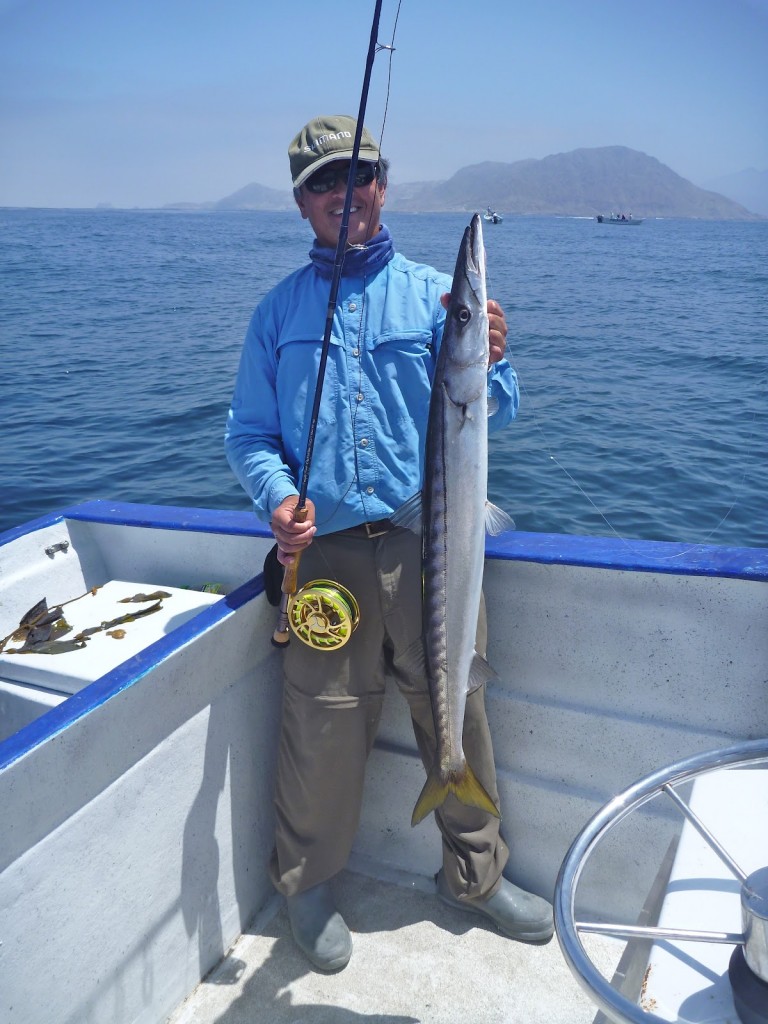