It has been a very productive fishing season at Isla Cedros this year. So far, the many species taken have included hard fighting yellowtail up to 53 pounds, quality grade halibut over 20 pounds, trophy-sized calico bass up to 10 pounds, large ocean whitefish weighing 6 pounds or more, a few nice broomtail grouper, and even a black sea bass that weighed out at 109 pounds. Now, for the second week in a row, golden dorado have also made that list.

On his second trip to Cedros Island, Tony Cherbak, his son, Joe, and their fishing buddy, Joe Seidenthal spent 4 days on the Island and racked up limits of yellowtail up to 18 pounds on trolled mackerel. As it turned out, they didn’t use too many of the lures that they brought with them, since there was so much live bait available. To top things off, Cherbak and Seidenthal ended up their trip with a couple of sweet, golden dorado up to 20 pounds. 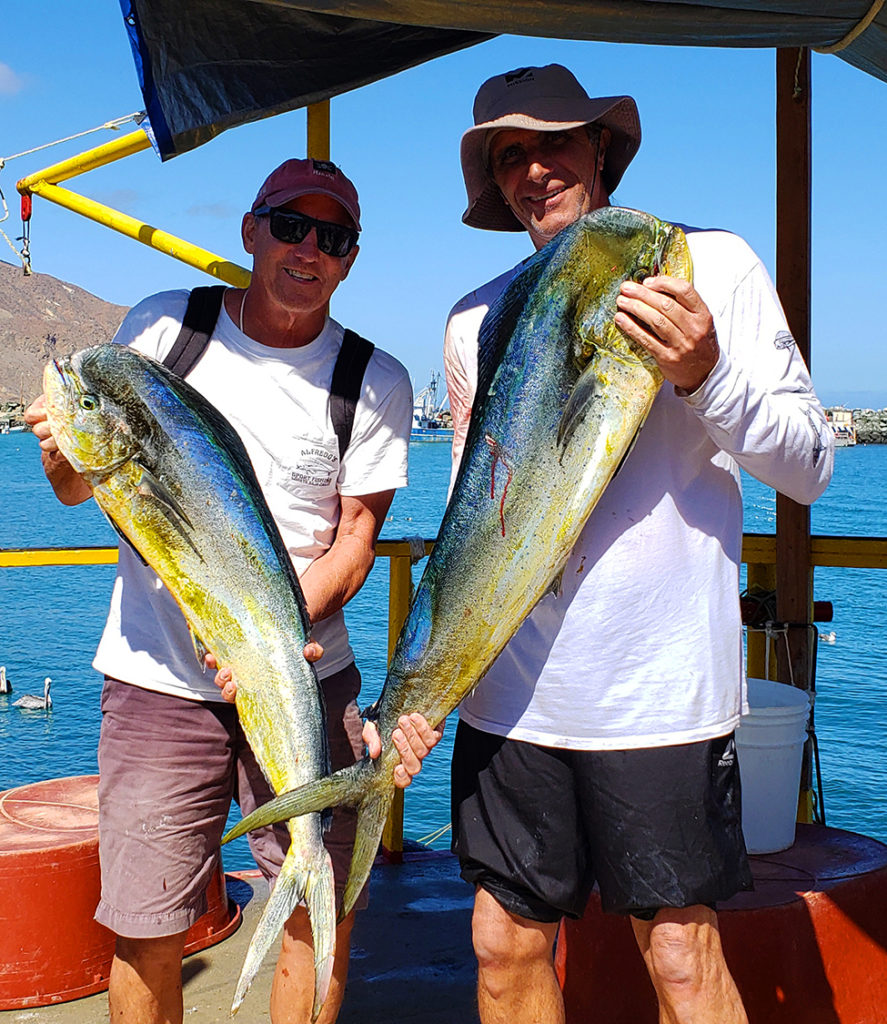 Later in the week, first-timers, Matt Shanahan and his friend, Mike Patti, both from San Diego’s North County, scored well with daily limits of big yellowtail weighing between 25 and 32 pounds along with a large 40-pounder.

Shanahan also weighed on the success of a couple of the other boats on their final day at Cedros, “the Fish & Chips fished the west side of the island, and they caught and released 50 calico bass. Also, the Sushi Bar caught 8 nice yellowtail that ranged ranging from 25 to 35 lbs.” 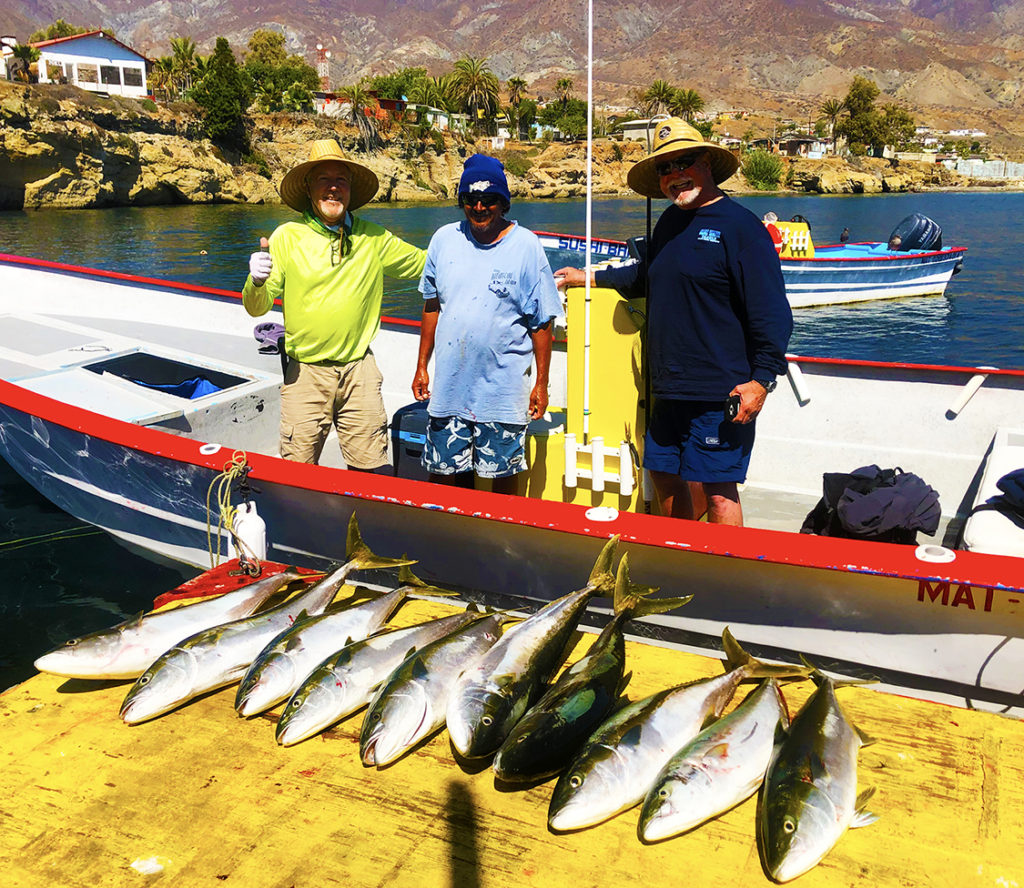 As we progress through the fall season, it is anyone’s guess as to what the lucky anglers visiting Cedros Island may end up eventually catching. White seabass? A few yellowfin or bluefin tuna perhaps? We’ll just have to wait and see.