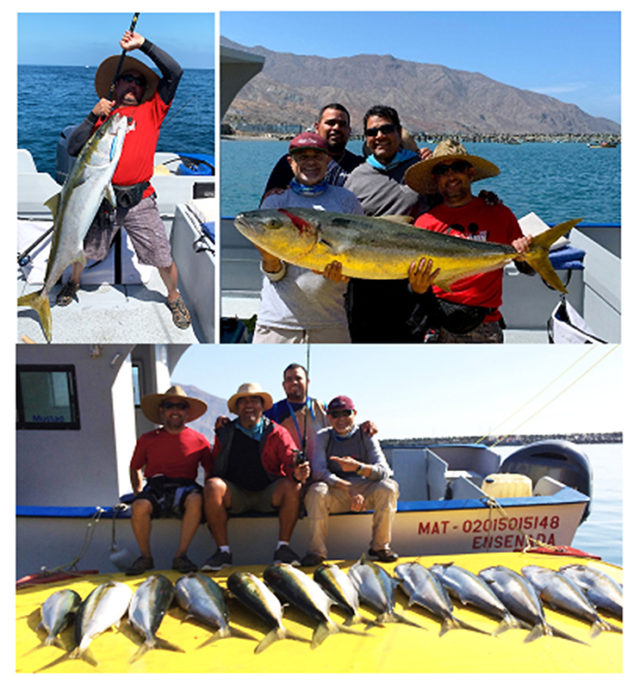 As each week goes by, the opportunities to catch a wide variety of species in the rich waters surrounding Cedros Island continue to expand. That is one of the reasons why it remains a unique sportfishing venue that draws anglers from virtually every corner of the globe.

This week, two groups came to the Island with totally different intentions. Vince Cinquini and a few of his fishing buddies, all of which are dedicated calico hunters, landed with tackle boxes stuffed with plastic and ended up having the time of their lives catching and releasing quality calico bass up to 6 pounds or more during their trip.

David Molina and his party, however, had come to Isla Cedros with a totally different target in mind; they were after the forktails. David reported, “We were set up with blue/white 6x Salas surface irons as our primary weapon, with some Rapala stick baits as backup. We used our Sabiki rigs to pick up some mackerel on the way to the fishing grounds. There was so much life we were pretty sure that it was going to be fairly easy pickings. We also ended up encountering large bait balls all day long, which sometimes looked as big as a football field as hordes of the fish circled our boat. The diving birds joined in, and then the bonito showed up from below. It was a full-blown feeding frenzy as far as the eye could see.”

Molina continued, “In about 10 more minutes we were into the yellowtail and I ended up landing the first of two yellowtail in the 12 to 15-pound class. A little later, I tied into a beautiful 32-pound yellowtail and had thought that I was pretty much done for the day …but suddenly I hooked into something that nearly emptied my spool and after an exhausting 35-minute battle, I had a 46-pound yellowtail on board.”

He concluded his report by saying, “We weren’t sure if we were going out on the last day since we needed to be at the airport by 10am but we didn’t go to Cedros to relax so of course we went out even if it we only had 2.5 hours and that was probably the best decision we could have ever made. Long story short in that short time we brought in 23 YT all in the 20-30lb grade. We could have easily hit limits if we didn’t farm at least four or had another 10 minutes on the water.”