Fall is in full swing at Isla Cedros; with an abundance of live mackerel busting the surface, as well as packs of hungry yellowtail and other gamefish attacking from below. For the third week in a row, dorado have also been patrolling the waters around the Island, which has resulted in increasing numbers of these prized fish showing up in the daily catch report.

Rick Fox, his son, Gregg, and a group of 10 their friends flew over for a 5-day fishing adventure, a few of which were coming to Cedros for the first time. Their party ended up scoring big time, with 4 golden dorado up to 20 pounds and over 240 quality grade yellowtail that weighed out at up to 48 pounds.

Most of the larger forktails inhaled slow-trolled live mackerel. A few members of the group also took a shot at the big calico bass around the north point, but indicated that the fish were not very responsive due to the fact that a majority of them had been gorging themselves on the masses of red tuna crabs that have been prevalent in the region recently.

Jerry Mettee, from Forest Grove, Oregon, along with Joe Mettee, from Cardiff, and their friend, Phil Clark, were only on the Island for 3 days of fishing, yet still managed to take 2 dorado up to 25 pounds, and 55 yellowtail during that time. Mettee reports, “We caught most of the yellowtail while trolling mackerel that we got on our bait rigs, and 20 of those fish weighed up to 40 pounds. We knew that the fishing was going to be great by the first morning; we started fishing around 6 am and had caught 8 big yellowtail by 8 am. We all ended up with our daily limits by noon.” 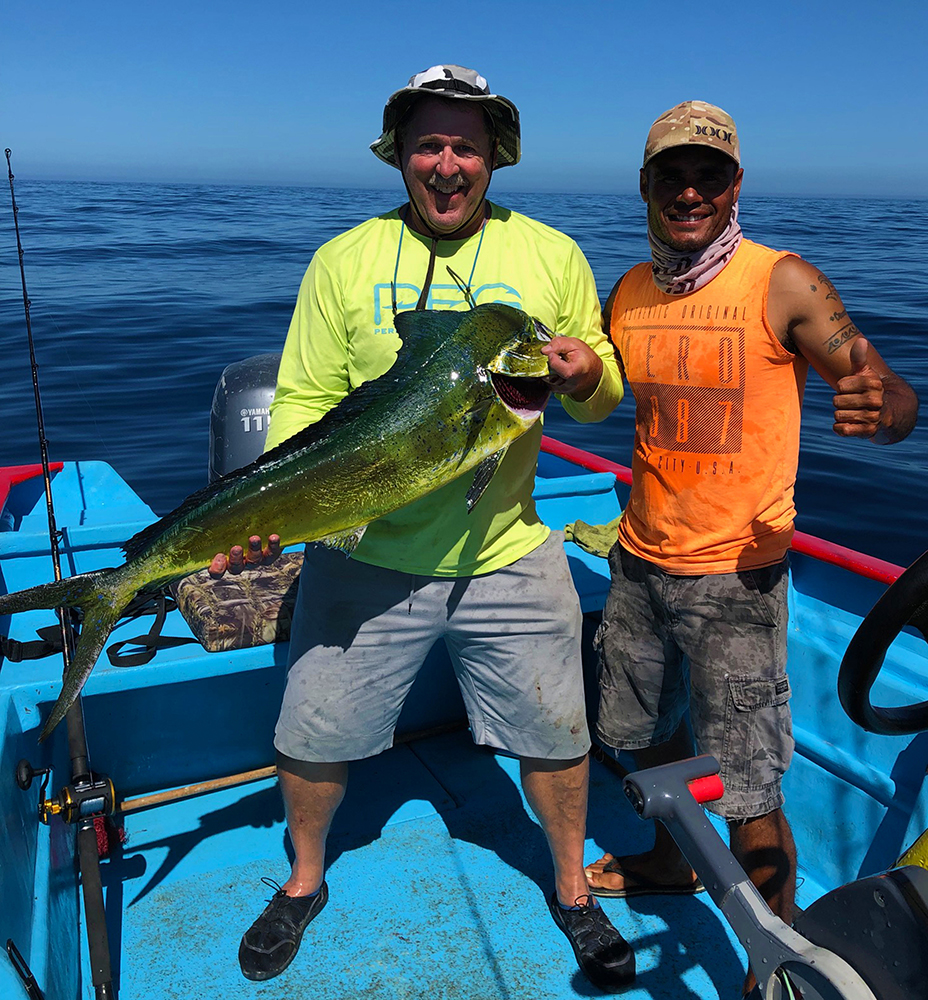